For Discussion about Health, Well-being, Traditional Remedies, and much more.
Post Reply
3 posts • Page 1 of 1

Hi everyone,
I've got the tinnitus since 20 days due to an acoustic trauma I had with my headphones. I well know it might seem stupid, because I was not aware of it. So basically I listened too much music to compose it on the computer at a low volume, like 50-60db, but anyway I can hear a tinnitus since that day and it is one of the worst things I've ever faced. So I was visited by an otorhinolaryngologist and she said that I have no damages in the ears, and so is impossible that I have the tinnitus. Anyway I keep hearing that. I don't know if maybe is something in my house (like phones, electric cables, TV cables, or wifi (which I turn off every night anyway). The fact is that I had never perceived tinnitus before, only after the fact of the headphones. My fear is that then the otolaryngologist was wrong and that I actually have tinnitus. I am not so advanced in Satanism, since I have discovered it for almost a year, and despite this I would like to know if there was a mantra, a spell, a magic to make tinnitus disappear. I can't meditate, for example, on emptiness at times. Failing to meditate would be the ruin of my life, and also because I would like to start listening to music again since it is my greatest passion. If any of you wanted to help me, I would be very grateful. Thank you!
Top

I’ve had tinnitus for 10+ years from listening to too much loud music. I guess when I first got it, it was extremely bothersome. What I can say now, is that I don’t ever give it any thought anymore. It’s just normal. There were times where I had to sleep with like a fan or something just for a little noise to block out the ringing or sleep was hard, now it doesn’t bug me anymore.

I never tried looking for remedies. I was always told there’s no cure so this post isn’t really helpful I suppose other than to say, you will adapt to it and it won’t be so bad. There’s worse things.

But that’s only if you can’t find a way to cure it. If you can good on ya. But I can say literally the only time I think of it now is if someone brings it up. So actually thank you for bringing it up haha. Now all I can think about is the ringing!
Top 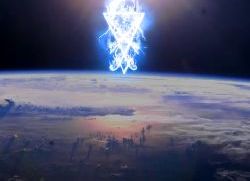 of the true light
Posts: 96

Return to “Satanic Group for Health and Well being”

Users browsing this forum: No registered users and 2 guests