Wanzhou Meng, chief financial officer and deputy chairwoman of Huawei was arrested in Canada on request from America. However all of a sudden the Canada Prime Minister Justin Trudeau has gotten cold feet and is now starting to resist the actual extradition of Meng to America.

Justin Trudeau's father was a major Bilderberger member and attended the meetings regularly. Bilderberger is the organization of which is the council of the globalist Jewish Banking elites along with their corporate, political, academic , media, religious and media castes of the Jewish globalist movement who then hold geo-political meetings in top secret to discuss globalist policies and issue orders to further create their Jew World Order. Anyone who is a member is part of the Jewish movement and their agent.

Justin's father was elected all of a sudden when the major Jewish organizations and controlled media put their power behind the Liberal party and got him into power with a majority government. The first major act he then did was hand Canada's National Bank over to Internationalist Private Jewish Banking cartels who then started printing and selling the dollar to Canada on the Kabbalah number of 22% interest and went from their with the Usury game and has put Canada like America into economic collapse.

Justin Trudeau like his father was put into power by internationalist Jewish elites. The Times of Israel bragged how it was the Jewish Bronfman dynasty that put Justin into power. The Bronfman's are up their with the Rothschild's and their family are leaders of the World Zionist Congress. And guess what Justin was discovered to have taken a million plus dollar "donation" from the Communist (((Chinese)))) Government during his campaign. No wonder all of a sudden he is getting cold feet when it comes to Meng. Trudeau's Jewish masters must have made him a phone call and told him hands off their plans to build their Chinese Communist Empire into a world power as the Jew Soros has stated in the media is the plan.
Top

I just tried to post on the first topic...Thank you again for helping me understand the context of Huawei.

I am amazed that Sabrina Wanzhou Meng is still in actual custody.
http://www.donblankenship.com
Top 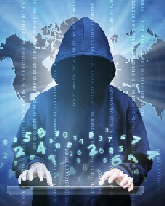 Wow what a nice and trustworthy family.

The PM is a pawn to the Jew World Order. He’s all for the immigrant plan, and is ready to essentially sell off Canada on Master’s orders. He’s also part of the anti-Trump narrative. Hmm I wonder why...? Never mind, Trump’s just spewing gibberish as usual. Carry on goyim— er I mean people...

In all seriousness, I now see that Justin is just a sliver of the problem. I’m definitely going to refocus my research. It’s true that Canadian “politics” are less publicly influential than American, so it’s easier to lose focus on the fact that the Jews are screwing my nation too.

Excellent research as always HP, thanks for this.
Drive evil off the land,
So that the future may walk on it
Top 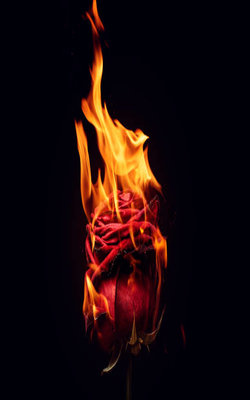 I have a question, does getting a Huawei phone a bad idea then?
HAIL ALL OF THE TRUE GODS OF DUAT!!

"He, who states he is a man, but provides no proof but bad examples for the new generation to follow, should be ashamed of himself, for he knows nothing of what it means to be a REAL MAN." - Lord Hael
Top

FlamingRedRose666 wrote:I have a question, does getting a Huawei phone a bad idea then?

Yes, as a matter of fact, 5 USA intelligence agencies warned against civilians using the phones and also there is legislation going in to ban government employees from using them as well.
http://www.donblankenship.com
Top

FlamingRedRose666 wrote:I have a question, does getting a Huawei phone a bad idea then?

Yes, as a matter of fact, 5 USA intelligence agencies warned against civilians using the phones and also there is legislation going in to ban government employees from using them as well.

"He, who states he is a man, but provides no proof but bad examples for the new generation to follow, should be ashamed of himself, for he knows nothing of what it means to be a REAL MAN." - Lord Hael
Top

US Secretary of State Mike Pompeo has upped the pressure on America's allies in Europe to cut ties with the Chinese phone giant Huawei, CNN reports.

Pompeo, who is on a five-country tour of Europe, said the US had a duty to warn other countries away from using Huawei's equipment to build their networks.

"What's imperative is that we share with them the things we know about the risks that Huawei's presence in their networks presents," Pompeo said, speaking in Budapest.

Pompeo warned that if countries sustained their links with Huawei, it could damage their relationship with the US, saying "it makes it more difficult for us to partner alongside them."

The US has kept Huawei at arm's length for a long time. The company's phones are essentially locked out of the US market, as it suspects that the company could be a backdoor for the Chinese government. More recently, the US has been aggressively lobbying its allies to reject Huawei's 5G network plans.

The US has ratcheted up the pressure on Huawei in recent months against the backdrop of its trade war with China. Huawei's CFO, Meng Wanzhou, was arrested in Canada in December, and the US formally requested her extradition in January. The US also charged Huawei with trying to steal trade secrets from T-Mobile. Huawei denies any wrongdoing.
http://www.donblankenship.com
Top
Post Reply
8 posts • Page 1 of 1