The most important messages are selected and put into this forum with special attention.
Post Reply
7 posts • Page 1 of 1

There are different levels of meaning in Judaism when it comes to the understanding of the Jewish texts. Kabbalah is the highest level, the occult level of understanding the level of "sod" in Hebrew, meaning "secret."

Kabbalah is an encoded language that is based on symbolism, its a right brained or psychic method and the "practical Kabbalah" the real occult teachings are taught to the Rabbinical students who qualify for such instruction. Symbols are archetypes of the codes and the use of the information they contain.

The tale of the Book of Esther, in the Torah, has baffled some moronic Christian theologians. Because it does not mention "god" anywhere in the book. This is unique as its the only book in the Torah to make no mention of "god" at all.

The Rabbi's who are actual Kabbalah adepts, have stated if a text does not mention "god" in such case its because such is referring to the Rabbi's using their own psychic power. This brings us to the tale of Esther, we will understanding this first on the occult level.

Mordechai is called a "prophet" in Judaism, in the Talmudic and Kabbalah based texts a prophet is a very psychically advanced Rabbi, an actual occult adept, someone who has advanced psychic powers. Mordechai is given Esther as a child and nurses her from his own breast and has an incestuous relationship, a secret marriage with her. Mordechai's name in Hebrew means "Myrrh" and Esther's means "Myrtle" note the Chai the name of life in Hebrew on the end of Mordechai's name, this is the number 18 which relates to the union of male and female energies. The incestuous relationship is the union of the worlds of the kabbalah tree which generates the Ain Soph, the spark which generates the internal psychic power.

The Myrrh relates to the third eye in the ancient world that which directs the energy. Mordechai, the entire tale is the one directing Esther into everything. The Myrtle is the magical tree in Judaism the symbol of the spiritual power of the Jewish soul. The leaves of the Myrtle tree are used symbolically in magical rituals to obtain workings, which represent the fruits of the psychic power of the empowered soul. Esther is the energy or psychic power of Mordechai, which he generated and nursed with his own energies to power and then directs to accomplish his occult goal. In the tale of Esther the goal is the Jewish race takes over the Persian Empire from within.

Mordechai and Esther are the psychic power of the adept and the mind which directs and creates the workings for it to manifest. Esther represents Shekinah power. To expand this understanding, Mordechai is given the number 400 in Judaism. This represents the letter Tav, which represents the energy of the Jewish soul travelling from Keter the crown through the worlds where it materializes in Malkuth. This also represents the generation of the energy of a working and the manifestation of this working into the physical world. The ancient symbol of Tav is the Kabbalah cross of matter, the symbol of Malkuth. Which is the world of "The Royal Kingdom." Such kingdom is what the Jews are attempting to manifest with their Torah spell, in which they rule the world. The 400 is also taken to 40 which is the number of the Messiah, the Jewish King of the World. Mordechai also represents the Jewish Messiah, who is a political leader and Rabbinical adept.

The Tav represents the word "Amet" which is the seal the Rabbi's put on the Goylem's forehead, to bring the Goy-lem under the control of the Rabbi. This term means the removal of consciousness in the original Egyptian, its stolen from. This represents the binding of the Gentiles mind by the energy of the Jewish spell, note the Persian ruler is bewitched and under the spell of Mordechai in the form of Esther. In the future this binding on the forehead of the Goy-lem will also be the brain chip the Jewish leadership are working on perfecting to implant into the Goyim. The Tav was placed on the forehead in the Torah. The symbol of the individual being the property of the Jewish "god." When Mordechai's archetype, the Jewish king of the world conquerors the Gentiles and makes the Gentiles property of the Jews.

The adversary of Mordechai is an Amalekite, Haman. The Amalekite's are symbolic of the opposition to the Jewish races goal. Amalek is the occult name of "Satan" meaning "Adversary" to the Jews, in the Jewish texts. Mordechai uses Esther to have Haman destroyed and then to obtain from the bewitched, Persian King the decree and military forces that go through the Empire and put all the Amalekite's, the enemy of the Jews and their entire families to death and steal all their property and wealth for themselves. This includes Mordechai who obtains Haman's property and political power, Mordechai then becomes the most powerful ruler in the Persian Empire. And Esther his wife, the queen of the Empire, a Jewess, who's children will take the throne and be Jewish by race and teaching. The Persian King is nothing but a bewitched Goylem [Golem] by Mordechai and Esther and is a pawn in their hand. Note 70,000 Persian's are stated to be killed. This is the number of 7, the Zayin letter in Hebrew which is the number the Jews use to curse their enemies with to death. Zayin also means "Zion" the Jewish world government. The 7 is the number of "holy destruction" of the enemies of the Jews, in Kabbalah.

What this represents on the occult level is simple. The creation of a powerful curse in Hebrew [Esther] by Kabbalistic, Rabbinical adepts, which bewitches the Persian King and allows the Jewish leaders [Mordechai] to take over the entire Empire by destroying all the Gentile opposition and conquering from within the Royal Court. Which elevates the Jews to power. The reason the Book of Esther was placed in the Bible is to create with the energy of the mass mind of Christian, Gentiles imprinted with this book, and to then connect the ritual of Purim of the Jews into this energy and materialize this into the world. Esther is also the Book of Esther, the spell is the book and the energy it creates within the mass mind that the Purim rituals with readings in Hebrew and other aspects of the ritual, the Jews connect into with and open the doors to achieve such for them in the physical world. Its specifically used for placing Gentile political leaders and other leaders in powerful area's, under the Jews influence and curses to bring them under control of the Jews.

The Christian Bible is nothing but an occult form of Jewish witchcraft to use the mass mind of the Gentiles under the Christian spell of the Jews, to materialize the occult workings of the Jews into the physical world. And give the Jews global control.

Purim is a Jewish ritual, which is celebrated by all Jews and involves two days of major readings from the Torah, of curses against the Gentiles. The ritual includes small triangle shaped cookies which are given to all the Jewish children in which they are told to bite into and picture ripping off the head of Haman and destroying all the enemies of the Jews. Its a mock cannibal ritual that connects by sympathetic magic into the ritual murders the Jews commit, in which they engage in cannibalism of the victim [which is why Jews suffer from aliments only cannibal tribes are known to suffer from due to engaging in cannibalism] and works in general to send out vast amounts of energy to curse the Gentiles and open the doors for the Jews to be able to conqueror the Gentile host nations from within. Notice how easily the Jews just appear and take over every major political party, corporation, bank and academic institution, within a generation. That is why.
Top

My mind is blown right now, in a VERY good way. Thank you for this post HP Mageson, this makes so much sense to me now and I feel completely motivated to really go all out on the final RTR with the additional steps to give it more power as HP Maxine posted, with the visualisations.
You are and always will be an inspiration to me, sir!
Hail Satan!
Top 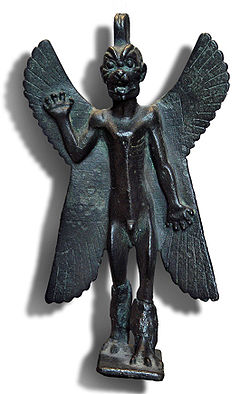 Thanks for the time and effort to write such a beautiful sermon like this.
That's very informative. thanks a lot

Something that has been on my mind is why the Zayin letter in the RTR doesn't include more of the other reversals. I noticed one time you mentioned in a https://www.ancient-forums.com/viewtopic.php?f=24&t=11303&p=37221 sermon, one of the reverse forms of Zain is Niaz and it can become Nazi ironically enough.

Is there a specific reason why in this case and other alephbet letter(words) they aren't all the word types are around? Is it because certain words might not contain as much potency as the others or deemed unnecessary perhaps because it doesn't contain as much power as these principle ones?

Why are we memetically assaulted into a lump labelled fascism. Do you, pinko, know what fascism really is

On the upcoming Kabbalah Exposed Update:

All the letters and their reversal in the Final RTR, came from the God, Azazel, directly. I am not going to pretend I am even close to the level of Azazel or any of the Gods on anything. Listen to them, they are Gods.


Gear88 wrote:Something that has been on my mind is why the Zayin letter in the RTR doesn't include more of the other reversals. I noticed one time you mentioned in a https://www.ancient-forums.com/viewtopic.php?f=24&t=11303&p=37221 sermon, one of the reverse forms of Zain is Niaz and it can become Nazi ironically enough.

Is there a specific reason why in this case and other alephbet letter(words) they aren't all the word types are around? Is it because certain words might not contain as much potency as the others or deemed unnecessary perhaps because it doesn't contain as much power as these principle ones?

Something to consider, is Karl Marx's real name was Mordechai. Think about how these archetypes and their associated Kabbalistic rituals connect into each other and manifest. The Kabbalah is obsessed with how names have power and all the Jews are connected into the vortex of energy they have created with their racial soul of the Torah. Each Jew is given a special ritual Hebrew name that connects them into specific parts of the Torah.
Top
Post Reply
7 posts • Page 1 of 1

Users browsing this forum: No registered users and 14 guests