The Jews admit in their own religious text just what their “god” really is.

In Judaism there are four levels of meaning in the texts the first is literal, the second is pun or acronym which is meant to get the attention of the reader. The third which is the story or allegory associated to this and the final level is the Sod or Kabbalistic meaning. Which is the true meaning of the Torah. The Zohar calls the Torah nothing but an exoteric cover of the Kabala. The Rabbi’s state the Kabala is the real Jewish religion.

The Zohar the major Kabbalistic text in Judaism states in the opening:

This verse in Hebrew is reversed to mean:

“In the beginning it created God”.

This “it” as the Rabbi’s state is the Ayn the highest God in Kabala. The Ayn is the unlimited nothingness. However what this Ayn is becomes obvious in the Kabala the Rabbi’s stated the “it” is the “Aleph to Tov” which is the Hebrew Alphabet. The Zohar also points out that Aleph to Tov is the title of Shekinah. The Ayn is Shekinah. It was out of this energy that the god of the Jews was created.

Note the Shekinah in Kabala is called “light and vibration” the 22 names of God in Hebrew are the 22 Hebrew letters , the Shekinah. Note the Ayn is from the Sanskrit mantra Ain which is the name of the Adi Shakti the primal force or energy.

Energy has conscious which is the male form of god in Hebrew how the energy is programmed. The Torah is called god in Judaism and treated as such. Torah was created with the 22 letters. This is the other meaning of the Oral Torah in Hebrew, Oral is Orah which is from “Or” meaning light the light that was created when god spoke the first statement of creation . The Oral Torah is the speaking of the Torah to generate the vibration of the word of god which generates the vibration of the god form in the astral and brings it into the material. The other aspect of the Oral Torah is the occult knowledge of Kabala which is the science of the 22 letters. The Torah is a spell book that the Jews recite orally to bring it into existance by vibration. Hence their god is created by Ayn, Shekinah, vibration.

The Jewish “God” is a servitor, a thoughtform that was created by the Rabbi’s and the Jews by vibrating the Torah in Hebrew. Their god is nothing but a mass of programmed energy in the astral they are channelling into the material world. Which is why they use the 6 all the time it brings energy from the astral down into the material. Christianity was just created to bring this about for the Jews by feeding massive amounts of energy into this program. It’s a Jewish black magic spell created by the Rabbi’s for one purpose.

The end goal of the black magic spell of the Torah is to bring about the age of the Messiah which is the ending of the age or world of the Gentiles the non-Jews. The age of the Messiah is the global Jewish government in which only Jews will rule and the Gentiles will be treated as animals the Goyim as Hebrew calls us meaning “Cattle”. Without any rights. This is prophesied in the book of Daniel in the Jewish Torah. The creation of this age is to be brought about by a global holocaust of the Gentiles in the Messianic war. In which most if not all of the Gentiles will be exterminated. The Jews call Gentiles “Mazzikim” in the Talmud and Kabala which are the offspring of the Sheidin or Demons such as Lilith and Samel. Samel is another word the Jews use for Satan. Amalek the god of the Gentiles is the occult name of Samel or Satan in the Talmud and Kabala. The Torah states the race of Amalek is to be wiped of the earth. That is the Gentiles. The Jews openly state the Gentiles are the offspring of the Gods.

The God and Goddess that created the Gentiles are called Lililthu and Enki in Sumeria and Enki is also called Satan by the Chaldeans as their God. Satan means the “King of the Gods” in the ancient Egyptian and Sumerian. The Torah references this as well Amalek is an attack on this meaning of Kingship. Satan also means “Eternal God” in Sanskrit.


In the Kabala tale there is something important . Satan, appears before Moses and uproots and destroys the Jewish Tree of life after mocking them and declaring their end. This sends the Jews in panic and defeat. Only by praying to their god are they able to attempt to recover this. The Tree of life in Judaism is the word and symbol for the Jewish Torah and soul.

The meaning of this tale on the highest two levels of Judaism is that the key to destroying the Jewish agenda is to destroy the Torah which can only be done with water as the tale shows. Water is symbolic of the element of Shekinah in Judaism. In the Talmud it shows the way to reverse a spell is the Rabbi has to reverse the Hebrew the spell was spoken with. Hence the Jews only regain the Tree by praying which is done in Hebrew and they pray the Torah.

The highest level of meaning is for the Rabbi’s. That Satan is the living God that will and can destroy them. They acknowledge Satan as the living God of the Gentiles remember this.

The Kabala states the Torah is the soul of the Jewish race and their God form in the astral is connected into it. Reverse the Torah spell and you undo the Jews on every level.

The Rabbi’s warned that Satan will be victorious over the Jews. This is why the Talmud warns the Jews that to reveal anything about the religion of the Jews is to destroy the Jewish race. The kabala is their Torah and they were warned this is how Satan will end them. By ending their Torah.

It was Satan and the Demon’s who gave us the Reverse Torah Rituals. The prophetic warning in the Jewish texts has now come to pass.
Top

HAIL TO OUR LORD SATAN
Top

From the kabala obviously rabbi's have openly mentioned this in their works on the Zohar. Shekinah is the major part of Kabalistic texts of Judaism.
Top 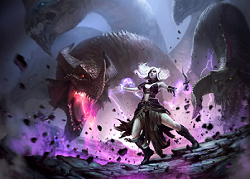 Do you remember that dramatic scene in the movie the warlock played by Julian sands where he gathered the grand Grimore and learned the true name of God and with a look on his face like he had a great understanding come to him, a shocked knowing and under orders from Satan to utter it backwards, To: undo all he ''god'' had wrought?

Saying yes I know thee! like he had a great revelation about god, shocked and exalted?

Do you think mixed in with horror movie stuff because of it being a horror film, The blond haired blue eyed warlock and what he was doing might have some symbolism relative to what you were saying slipped in there? Between the lines?
Sum Anguis Consanguineus
Top
Post Reply
6 posts • Page 1 of 1