As we know, the biggest empires, greatest civilizations were built by our ancestors in Middle East and East like Egypt, Sumeria, Assyria, Persia, Greece, the empire of Alexander the Great and I will place here the Great Roman Empire.
The spiritual knowledge of these realms is incomparable to the world we live in today, unthinkable differences.

As we also know, the history of these wonderful, great empires were badly, very badly disorted, some of them destroyed nearly to the core by the filthy kikes and their brainwashed xian pets. The history books about these empires say nothing just misinformations, completely twisted historical events, so they teaching only jewish filth about our great ancestors/emperors.

When these civilizations and its knowledge were systematicaly taken over by the alien kikes, then destroyed and vanished,
nothing really left, only a few historical building remains, sculptures, papirus documents, hieroglyphes. NOT MUCH.
Basicaly we might have say the East that time was like today the West. But I might be wrong, cottect me if I am wrong.

The western civilization as the Hopi, Mayan, Aztecs, the native Indian tribes also have a great or maybe one of the greatest civilization thtat part of the globe untill they were invaded by the filthy kikes and bloodthirsty, brainwashed xians.
Those civilizations, their knowledge was stolen and the people genocided on high level, replaced with brainwashed xians, and christianity was forced on every single man and woman, was no escape just by death.

A new jewish/xian empire was about to built on the ruins and the blood of that ancient civilization what remains until today and we call it the number one country of today which is the USA fully occupied by the alien jews and israel.

The west become everybodies dream, the slogens fooled the entire world, hundreds/thousands of people migrated to the new world seeking fortune, fame /many of them found/, but many of them found themself in a jewish slave machinery.

The west, and not just the USA, but all western europe based on jewish capital what was stolen from us gentiles trough many centuries. That capital what runs the whole slave machine system on the globe is our /gentile/ blood and spirit.

Everybody knows the most disgusting rothchild horde, and their ancestors. We know who was mayer amshel rothchild and how he gained all the money and start the banking business in many countries in Europe, how they lied about the Napoleon war with which they influenced the stock market in London, collapsed it, then bought everything for a penny. We know it.

And now I would like to ask all of you, who have better knowledge then me about this historical event which is:


WHY THE KIKES MAKE THE WESTERN PART OF THE GLOBE THEIR EMPIRE???

WHY THEY DID NOT CHOOSE EAST??? /from where the knowledge is coming from/

We talk about countries like the USA /No.1/ then England, France, Germany, Spain, Italy and so on. We know these european kingdoms in the medieval times were also powerfull and rich but we can not negligible other European kingdoms
in those times like the Hungarian kingdom, the Polish, Chech, Litvanian kingdoms. These kingdoms also were powerfull and rich in natural resources, in gold and many other. But somehow the history books, later the propaganda machinery UNBELIAVABLE underestimate the culture and the history of the nations and their people located in central and east Europe and the middle east and far east I do not even mention.

The west advanced very rapidly, it sucked out the intellectuals of the smaller/weaker coutries left dependent on the strongest where the rulers were the jewish hordes, following their damn shitbook.

Look at it now, look at the western countries, where raping and killing children is a habit, HUGE number of people are brainwashed to the core /no help/, niggers killing white children in daytime and get a few months in prison then released,
adult people, parents taking crak, heroin, cocain like me drink a water, mothers selling their own kids for few thousands of dollar or euro /doesnt matter/ and most of the western people still think they are more civilized then the eastern part of the world.

The whole world is fucked I know, PLEASE DO NOT MISUNDERSTAND ME, I do not want to hurt any of you who live in west,
not at all, just pointing on the massive issues what MUST BE solved otherwise there is no escape from the jewish slaughter house for all of us on planet Earth.

MAY FATHER SATAN BLESS YOU ALL!!!!

THANK YOU!
"None are more hopelessly enslaved than those who falsely believe they are free." - Johann Wolfgang von Goethe
Top 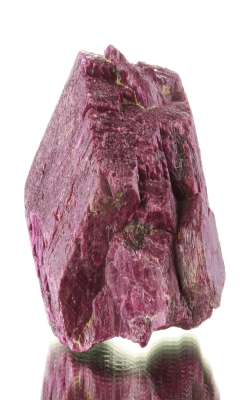 Re: West and East

As for why Jews 'have not' gone to the east is quite the misunderstanding.

We know for a fact Jews went to the east, promoted interracial and and lack of spirituality (Buddhism, Jainism, Taoism, Zoroastrians, Sikhs, etc.)

Jack would probably say a lot about viewtopic.php?p=37146#p37146 (article about the Jews of India). He may also point out viewtopic.php?f=24&t=11229 (subversion of satana dharma/real Hinduism).

Muslims have pushed hard into India (with Jewish encouragement/assistance) (and Jews encourage Muslims to kill Hindus and other still give Muslims huge advantages regardless of what people might say).

Muslims control almost all of Indonesia (with Jewish masters at top).

Genghis Khan allowed Jews in his kingdom and his descendants were totally controlled by Jews and converted to islam.

Buddhists have killed Hindus and proper spirituality the world over (with Jews supporting them).

Jews have always been conquering the East, they were just not as horrifically prominent as they were in the west. They simply were able to screw over the west faster in many regards than they were the East. Kind of how they are now screwing over white people and everyone in the west far more than they are in the East nowadays.