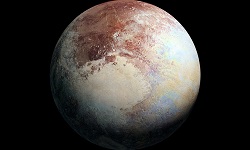 
There was this article I saw on Sky News Australia, which for a long time to me seemed to just be one of those places conservatives could go to feel like someone is on their side. Controlled opposition sleeping until the moment they're needed to manipulate those foolish enough to trust what they say. They seem to be cashing in on that sense of trust they've nurtured with this:

My take is that they want to have the right slowly coast into another Trump election so that they can be pacified after the Democrats blatantly fuck around for a while, with the alternative being civil war if they fail to get people to fall in line. However, from what I've seen of the right lately there's a lot of "anti-semitism" going around even if it is only of the "xian nationalist" variety, as well as rapidly growing awareness of just how fucking soft the right has gotten. I'm okay with hatred of the small hats on any level as long as the sheep don't fall asleep again of course. I'm also not sure any amount of media manipulation could make this go the way they want and there are so many ways this could backfire it's almost laughable.

The only thing that bugs me about the possibility of a Trump (Yes I know that he's a jew and a jew puppet) reelection is just how many illegals they've been flooding the US with, but maybe they mean to continue their attempts to thin out the population of the Arya if they succeed at putting the country back into dreamland. As with all things I'm sure they have multiple plans though, not that I think any of them will work ever again.

Anyway, when I saw the article the first thing I thought of was this:


HP. Hoodedcobra666 wrote: ↑
Tue Mar 09, 2021 10:30 pm
You'll see the force of Satan manifesting from all sides now, in ranging extents. At this point with the enemy's collapse, the defeat of the enemy will come from all sides, even sides that the enemy traditionally considered "Their faithful goyim".

It is not only the enemy that is going to collapse. But it will all get erased. Of course it may be "gradual", but it will happen. People will be our little elves left and right doing the right thing in every place.

We have opened the Gates of Satan and what is going to happen is beyond understanding of the mere mind.


No way to really tell how exactly things are going to turn out but boy have they been interesting lately. For anyone that missed this:


It's late but it's still the 1st over here. Happy Beltane.

Oh and Death to the Federation.
The highest order of Morality is Self Preservation.
Top
Post Reply
1 post • Page 1 of 1