The top challenger to longtime US Senator Dianne Feinstein of California, a white supremacist who espouses anti-Semitic views, kicked and dragged an Israeli flag along the ground after being banned from the state Republican Party convention on Saturday.

Patrick Little was prevented from registering at the party convention at a hotel in San Diego, and was escorted from the venue by security officers, the San Francisco Chronicle reported.

Little was “kicking and dragging an Israeli flag on the ground,” as he was removed from the premises, GOP consultant Luis Alvarado told the newspaper. “That doesn’t represent our values.”

Little is polling at 18 percent behind Feinstein, a Democrat who has served more than four terms in the Senate. Feinstein is polling at 39% in the race, which will pit the top-two vote-getters against each other in the general election in November.

Following his ejection from the party convention, Little posted a video showing him spitting and standing on the Israeli flag. The video has since been removed by YouTube.

“I’ve got more than twice the support of any of those candidates in there,” Little said in the video, The Orange County Register reported. “They just had me expelled from the building because I won’t serve Israel. I want to serve my country… The GOP of California is nothing but Zionist stooges.”

“This is the flag of a terrorist country,” he says at one point during the video.

“We know there are Israeli fingerprints all over the 9/11 attacks,” he alleges.

He has been endorsed by former Ku Klux Klan leader David Duke, but has complained that “alt-right” media outlets such as The Daily Stormer have not been supportive of his campaign.

In a campaign video posted to YouTube earlier this week, Little said he “woke up to the Jewish question and dedicated my life to exposing these Jews that control our country.”

Little’s Twitter account in recent days is full of anti-Semitic posts, including a one-hour video that he calls a “summary of the book that woke me up to the Jewish Problem,” and a list titled “Jewish Slave Ship Owners.” His Twitter account was suspended earlier this year over statements amounting to Holocaust denial.

Let's push this Marine, and give him words of encouragement!!!!
Top 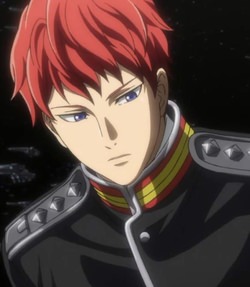 My man is Barry Allen. I'm the fastest man alive. To the outside world, I'm an ordinary forensic scientist but, secretly, I use my speed to fight crime and people like me. I am... the Flash!
Quotes | Final RTR | Useful spells, meds and reads