The city’s board of supervisors passed the resolution on Tuesday, accusing the NRA of inciting gun violence and arming people who commit acts of terror across the U.S.

“All countries have violent and hateful people, but only in America do we give them ready access to assault weapons and large-capacity magazines thanks, in large part, to the National Rifle Association’s influence,” the resolution reads in part. “Now, therefore, be it RESOLVED, That the City and County of San Francisco intends to declare the National Rifle Association a domestic terrorist organization.”

“The United States is plagued by an epidemic of gun violence, including over 36,000 deaths, and 100,000 injuries each year,” the document notes. “Every day approximately 100 Americans are killed with guns and ... there has been more than one mass shooting per day in the United States in 2019.”

The NRA ― which is facing collapse amid financial mismanagement and legal fees ― dismissed the resolution, calling it “ludicrous.”

“This ludicrous stunt by the Board of Supervisors is an effort to distract from the real problems facing San Francisco, such as rampant homelessness, drug abuse and skyrocketing petty crime,” NRA spokesperson Amy Hunter told KQED.

The resolution calls on other cities and states, as well as the federal government, to join San Francisco in designating the group a domestic terrorist organization.

By the way, this is real life. Q precedent for what is to come.
"He who suffers for my sake,I will surely reward in one of the worlds."
-So saith Satan

I believe what is next is that everyone who isn't a Communist is also a terrorist, I am waiting for this. Should take around 2-3 years, but we are getting there.

Those is bullshit like this fuck who wants to ban all guns that hold multiple bullets ( that's everygun..... except for 16 1700 black powder muskets wtf https://www.realclearpolitics.com/video ... llets.html

Saying it won't be a violation of the second amendment come the fuck on now. I'll be dead before I hand over my guns. So will everyone I know. No one will just give them up not where I live.
https://www.bitchute.com/channel/SajDEf33UJd3/
https://worldtruth.video/@SeedTheTruth
https://www.vidlii.com/user/TheTruthSpeaker
https://archive.org/details/@seed_the_truth
https://Veoh.com/users/SeedTheTruth
https://gab.com/TruthEverything
https://twitter.com/SeedTheTruth
https://mega.nz/#F!61IjhSSb!LK2piEUWSzzvUJfZopoNIw
Work in Progress.
Top

There have been many instances over the past 3 years where they attempted to put the terrorist label on the NRA. On youtube there's dozens of video's from 3 years ago and last year where different people have attempted to flag them as terrorists, such as governor's from small cities doing so, small celebrities calling them this and even billboards with the statement being put up, but this is the most blatant one yet.

However, if you look on youtube, there are dozens of video's now from many people being outraged at this and calling this out for what it is. The comments on those video's also agree and are mostly filled with people outraged about this. Many are also calling out antifa and saying if anything they are real terrorists unlike these ludicrous claims about the NRA.

I don't think this will go anywhere, it wont fly with the people at all. Many Americans, and people in general from all backgrounds are fully against this, calling it an illegal act and criminal behavior from the San Francisco board.

It's totally insane. Especially how this was done behind people's backs as well. They believe they can just decide on anything, and arbitrarily label anyone as a terrorist. We are not far off from a full on Orwellian dictatorship at this point, that this is actually happening.

However, this cannot yet take hold as this is completely false and holds no ground at all. They don't have the power to enforce whatever they see fit at this time, all this does is blatantly expose to the whole world how close to a full on Orwellian dictatorship we are and how the people at the top want to rule, what they want to transform America and the whole world into.

It's almost as blatant as it gets and the vast majority of people are not accepting it.

There's also a surge in video's of people who were liberal, now abandoning the left wing as a whole because they don't want to associate with the left wing extremists and the statements made by those marxists and communists. They are starting to see how their liberty and socialistic ideals are actually totally opposite from what left wing politics are and lead to in reality.
Top

The perfect music to match.
"I feel awe of the Gods, I love, I revere, I venerate them,
and in short have the same feelings towards them
as one would have towards kind master,
or teachers or fathers or guardians or any beings of that sort"
-Julianus Imperator
Top

The far leftists "tHe sQuAd" are bailing out communists that beat up police for no reason Mainstream news are crying that the fbi is looking into antifa for domestic terrorists reasons. Communist propaganda all over and if even they are goofy xians, the Proud Boys are just men who love America and peacefully, for the most part, express this are being branded as a hate group and the outrage of a volunteer fireman just attempting to join the Proud Boys in some town in the USA caused the fire station he volunteered at to shut down. School teachers praising antifa keeping their jobs. So patriotism is being labeled as terrorism by the media and by many politicians.

Then you have Biden and Beto directly calling for bans of 99% of all guns.
"Concerning my own faith, I am fighting under the flag of Lucifer." -Otto Rahn

Its is extremely great the negative elements aside that they are so obviously pushing for all of this.

They are just out of time it appears, gotta Orwell the goyim or just lose it.

Leftists, jews, generally fucked up people, gibs me dat looters, and all the fail gang is assembling all on the left, so when the time comes, they will be easy targets for an impeding revolution. I meam their own Racial/Soviet revolution they are trying to bring, that is.

The funny thing is that they are a minority in reality. We are just censored, but we are way more than them combined.

Basically they have lost big time. Its great they do all of this, because this is waking even the most ignorant people up to what is really going on.

The communists are very cool only in verbal warfare and systematic brainwashing, and in using dumb people as invasive forces, but on large scale confrontation all they can do is throw one molotov here and throw people off of wheelchairs, or throw milkshakes, and whine about how we need to all become females hormonally and forced vegans.

On the contrary their enemy side is armed to the teeth and pushed more and more into a state where their freedom is being shrunk and very state of life threatened.

We must preach to Communists the values of pushing for Communist revolution all while being disarmed.

We must also preach Veganism to them, and also, they MUST all became females and sickly thin like ghandi. Communist women and Feminists also need to self sterilize, granted many jewesses are also there too, preaching this to other women- let us emphasize they should be the first to do this, nd revolt against the patriarchy of Israel with full force. This is imperative. Another thing they should do (remember the climate) is to not have any children.

Israel will now go into multicultural communism mode and Satanists will be resented because of our leading role, they won't be the monolithic societies they were in the last 27 centuries. It is a huge change for Israel to make, but without this transformation Israel will not survive!
| Joy Of Satan Websites Uptime Monitor https://uptime.theyknow.in/uptime.html 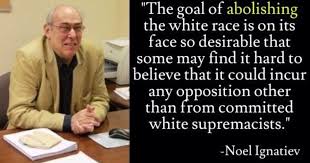 Looks like just a normal day in Commiefornia for me.
Top

The forces of the enemy are making mistakes all the time now. California is the home base of the Leftist Democratic regime in America. They just admitted they are after the second amendment.
Top

After a point people won’t care anymore, people keep being pushed and cornered further and further. Eventually enough is enough, and people will retaliate.

Especially because all the bindings on the populace from the Torah spells are being reversed and undone by us, with the final RTR.

Many are accused of racism, being terrorists because they own a firearm, antisemitism, what have you.

The decent people who are accused by the enemy of whatever insane things they try to put on the populace just won’t care after a certain point and give to them the antisemitism and terrorism they try to accuse them of.

I don’t think the enemy realizes fully what this leads to. A communist revolution can only happen when the people are demoralized. The people however are less and less so, they are more outraged and woke by the day, and also more daring and willing to push back, caring less about consequences.

Thing is, if people don’t push back the consequence is worse than whatever consequence you can face now for any actions.

I think people are realizing this slowly and as a result there will be many in the years to come who won’t care about consequences and threats and use force to push back against all the insane leftists regardless of laws or threats against them.

Not condoning any criminal activity or behavior, but just an observation of what can and probably will happen as the decent people continue being cornered by the jews.

This can turn real ugly real fast for the jews.
Top 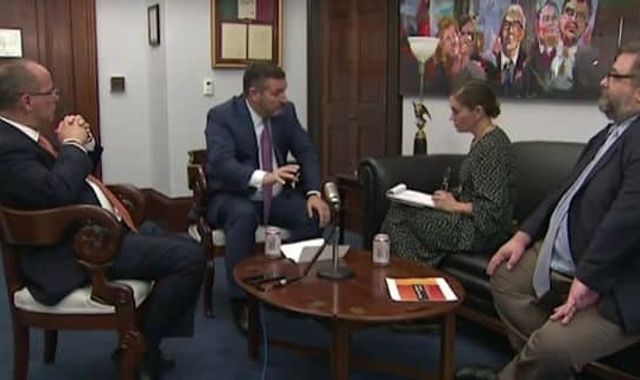