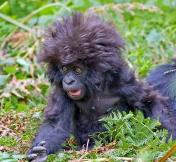 Normally I'd laugh at this and brush it off as a joke but I've heard about this a lot over the years, and all rumors start out with a bit of truth right?

I've heard things like Eminem was killed and cloned in 2006, which was around the time he released "Mosh" and other songs like that speaking out against Bush and the war, and with the influence he had at the time it makes sense they'd silence him. Here's the song if anyone is interested

Anyway here's the video that sparked my interest and got me thinking:

What do you guys think, would the kikes go this far?
Top

The kike cares about money because money is the kike's god. According to the kike, it has an endless supply of Goyim all connected to the jewtrix (see the Matrix where they are in those statis pod things). If one dies, goes rogue, quits, etc., then the kike will just use another.

As for cloning - if one were to clone meat and other food, then there would be more than enough for the entire world, but the jew needs weak slaves so it can control them and gain more shekels.
Your special, uncomfortable, sensitive topics -
ancient-forums.com/viewtopic.php?f=3&t=1789