Navy Pilots Are Seeing UFOs on an Almost-Daily Basis

Navy Pilots Are Seeing UFOs on an Almost-Daily Basis

We'll get to the bottom of this soon enough. Friend or foe....

The unidentified flying objects look like white Tic Tacs, or spinning tops flying against the wind — and Navy pilots keep reporting their presence over U.S. airspace. In interviews with the New York Times, five more pilots have come forward describing their experiences with UFOs flying off the Eastern seaboard from Virginia to Florida between 2014 and 2015.

One 10-year-veteran, Lieutenant Ryan Graves, claimed that he saw UFOs almost daily, and that the objects could reach hypersonic speeds and heights of up to 30,000 feet without any visible engine or plumes of infrared exhaust. Graves, who reported his experience to the Pentagon and Congress said that “These things would be out there all day,” and that “With the speeds we observed, 12 hours in the air is 11 hours longer than we’d expect.”

In late 2014, a pilot of a Super Hornet reported a near collision with a UFO, when an object, which looked like a “sphere encasing a cube,” zipped between two fighter jets flying around 100 feet apart from each other. Another pilot, Lieutenant Danny Accoin, could identify a flying object’s presence on his radar, missile system, and infrared camera, but was not able to actually see it in his helmet camera. “I knew I had it, I knew it was not a false hit,” Accoin said. But still, “I could not pick it up visually.”

As the Times reports, pilot sightings of UFOs have increased since “their 1980s-era radar was upgraded to a more advanced system. As one fighter jet after another got the new radar, pilots began picking up the objects, but ignoring what they thought were false radar tracks.”

What fascinated Lieutenant Graves about his interactions with the objects were their ability to stop rapidly, turn instantly, and immediately accelerate to hypersonic speed — maneuvers that would burden human pilots with unbearable G-forces. “Speed doesn’t kill you,” Graves said. “Stopping does. Or acceleration.”

Because the sightings occurred in air space designated for fighter jet training, the pilots concurred that the objects were not classified or commercial drones operating in the area. Still, none of the five — nor the Defense Department — would speculate as to the objects’ extraterrestrial nature. “We’re here to do a job, with excellence, not make up myths,” said Lieutenant Accoin.

I just would prefer it, for teh l0lz, that when Satan and some Gods and Goddesses return here, They will land in Russia, just to wind America up!

America is more "free", in a way, than Russia, so it might make actual sense.

Just make sure some strange-walking, no-eyelash, strange-eyelid, non-blinking "men" in black don't visit you immediately after speaking on the phone, who demand that you destroy all data that you have, then after they leave, disappear before you can look out of your window and see their car burning rubber away.
Your special, uncomfortable, sensitive topics -
ancient-forums.com/viewtopic.php?f=3&t=1789

Who flies in ufos? The big-head aliens?
"The man who has no sense of history, is like a man who has no ears or eyes."
― The Antichrist, Fuhrer Ramses the Great
Top

interesting
"He who suffers for my sake,I will surely reward in one of the worlds."
-So saith Satan
The world rn- https://youtu.be/YJRnwaEUNkM (Anarchy in the UK)
Me rn - https://youtu.be/XjQvk_R20r4 (Papa Roach Hollywood Whore)

Unlikely the UFO's are belonging to our friends..unless, for some weird reason, some friendly alien race wants to give humans a giggle.

I think it was talked about on the groups, UFO's would normally only appear or abduct people that no one would believe, that have no credibility. but that's been a long time ago. that was 2014-2015? maybe it was the result of some of our workings. or maybe the enemy is pulling the same stunt as before, but now people might be believing it more.
Top

Kinda begs the question which civilizations ships are those, that they encounter?

I highly doubt a German or Nordic(Aldebaren) vimana controlled ship flies out from one of the underground/underwater bases and pops in just to mess with some Navy boys.

Seems like it points to grey, Reptard or other E.T. controlled ships. As much as I understand our free-energy vimana's are better due to infinite energy and mercury cells plus production of anti-gravity and Torus field as well as other more advanced free energy engines besides mercury. It kinda begs the question how the enemy with their nuclear powered crafts using light and heavy water generate the anti-gravity and Torus field. Albeit I'm not sure if the enemy even uses free-energy systems, all the reports show near fresh water landing sites whereby they absorb the water and use it for their purposes.

(I really hate calling it free energy. Might as well call it an implosion engine or torodial engine.)

I mean do the enemy even want to manufacture implosion/torodial engines. Or do they not give a shit and just manufacture radioactive schlock of shit.

BTW you should read the comments. The amount of christardity expressed by zubanelgnubi.

zubanelgnubi wrote:...have to do,...?
What is seen and observed in our senses world is a manifestation of something that is not bound by our laws.
The speeds, the immediate re-vectoring, the stops all break our rules because they are subjects from a higher kingdom, which is spiritual.

What is seen is a bedazzling manifestation of spirit power in the senses realm. They are in fact miracles but are in truth counterfeit to a true miracle because the spiritual kingdom is Lucifer's. These things are lying signs, miracles and wonders.

We cannot engage or fight them with conventional senses realm weaponry because they are spirit, unholy spirit. These things are no threat, just another goat trail Avenue of Babylonian spiritualism to get lost on. Lucifer wants respect and worship and where else but modern Babylon to kick up his heels right? It is no big deal, these are paper dragons, dog and pony show material, side-show quality entertainment. These things are attracted to wickedness and the massing of it, like Pat Robertson selling trump as a Babylonian King, a man- god. That kind of dogshit on your heels draws them in from far and wide.

You don't want to be around after the rapture unless you are under the canopy, and there is no telling who will be saved now but they will be sons of Jacob. Some from come beyond the Euphrates looking east. The reason you will not want to be around is that Lucifer loses his dominion and his house of cards falls, the undercarriage of demons are now without any leadership and likened to locusts, destroy very thououghly as manifested spirit beings until Christ returns days later for his bride who waits under the wedding canopy of God's enduring love.

Yup, just smoke and mirrors for now but later,...very scary.
Be not afraid, live in a higher spiritual dominion NOW! do Romans 10:9

josephedgarkingsley wrote:Such a convenient faith. I think that is what makes it so appealing to people. There is literally nothing that could occur that you couldn't explain in terms of your belief system. Comforting, I am sure.

Are people really this naive with retardation from the bible? Just speak some magic words and your justified? Oh I need to kill some heathens cause (((muh heart))), I profess (((muh faith))). They don't want muh faith they want their own faith, ugh why did God create other religions. Oh wait those aren't other religions they are just temptation by Satan. Justified every time hallelujah the Lord is real muh justification.

Really that simple? I'm 12 what is this.

Why are we memetically assaulted into a lump labelled fascism. Do you, pinko, know what fascism really is

Many kind of aliens from humanoid to greys to reptilians,they all have their different UFO
And are in our space
HAIL SATAN
Top

Adrellis wrote:Unlikely the UFO's are belonging to our friends..unless, for some weird reason, some friendly alien race wants to give humans a giggle.

I think it was talked about on the groups, UFO's would normally only appear or abduct people that no one would believe, that have no credibility. but that's been a long time ago. that was 2014-2015? maybe it was the result of some of our workings. or maybe the enemy is pulling the same stunt as before, but now people might be believing it more.

No, no, no. Let's just dismiss it as hologrammes - but when the same is done for a jew-on-a-stick, then we can pretend it's not a hologramme but is an actual jew-on-a-stick. Hey - picking and choosing truths and fantasies is what makes us intelligent and godly, worldly people!
Your special, uncomfortable, sensitive topics -
ancient-forums.com/viewtopic.php?f=3&t=1789 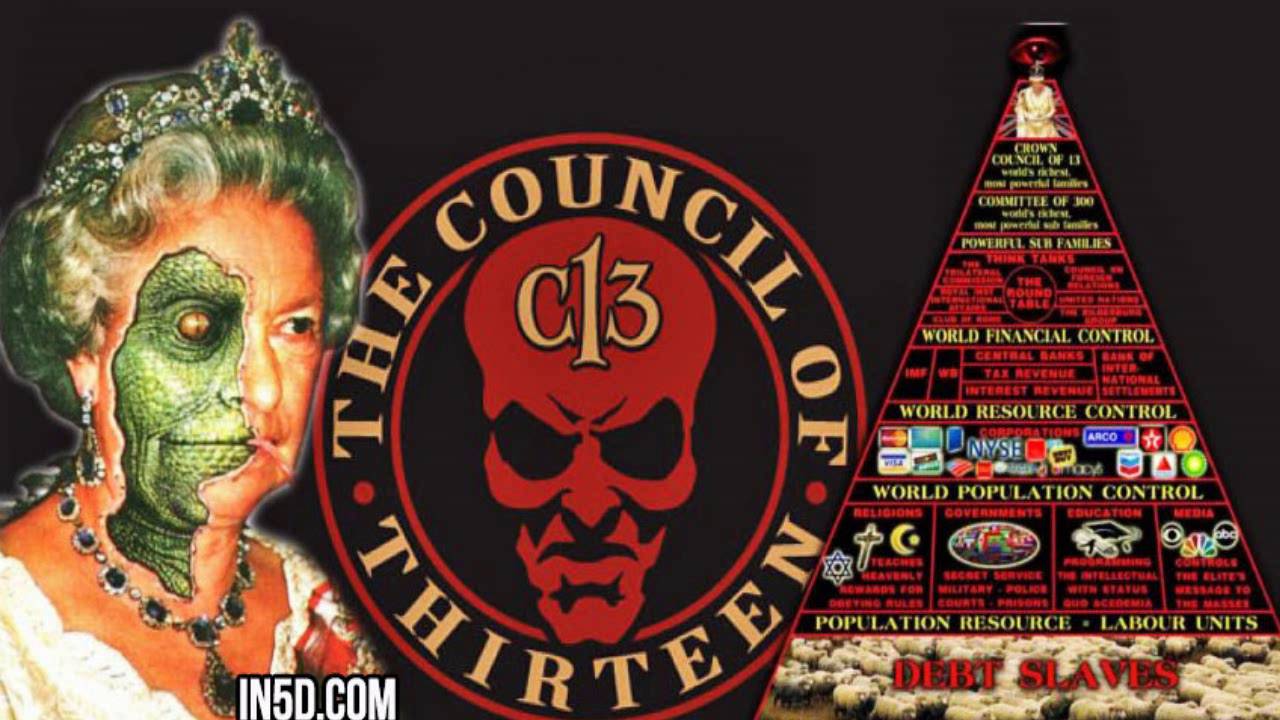 "The man who has no sense of history, is like a man who has no ears or eyes."
― The Antichrist, Fuhrer Ramses the Great
Top
Post Reply
9 posts • Page 1 of 1