How Christians contribute to the NWO 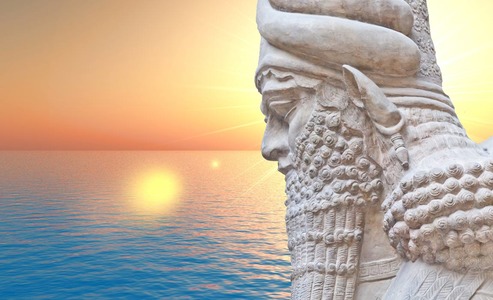 How Christians contribute to the NWO

Hello, I was hoping someone could help me understand this topic a little better.

If I understand right the Bible purports in Genesis that "the world had one language and common speech". It wasn't until the fall of the tower of Babel that languages were divided.


Today there seems to be a push by the NWO to create a one-world language (Esperanto). As well, the Bible phrophecizes that people will again be united in one language.

Zephaniah 3:9: “For then I will restore to the peoples a pure language, that they all may call on the name of the LORD, to serve Him with one accord.”

The Georgia Guidestones also speak of 'uniting humanity under one living language.'

I don't know much about these allegories and events but I am starting to see that Christians are actually pro-NWO, that to them these events are prophecy and ultimately a "good" thing. Most of these people look forward to die and meet their "creator."

Another 'so-called' prophecy (from Revelations) claims there will an emergence of one world religion. I don't know what this is or will be, however I think New Age seems likely. We know that Kabbalah mysticism has corrupted all New Age practices; while today, there are Christians who appear extremely New Age to me.

These types of Christians (the crackpot ones) focus on allegory, etymology, numerology, history, etc. They create paradoxes and new ideas.

That said, these kinds of Christians are the quasi-awake ones and are very few and far between. Most people hardly ever read the bible and put little to no effort into objective study. In short they are lazy and lack intelligence, like most other NPCs.

Still, there is a notable increase in mysticism coming from leaders of various judeo-christian organizations. With the NWO vamping up it stands to reason there will be greater numbers of quasi-awake people as time moves forward.

What are your thoughts? Am I misunderstanding any of these issues? The Jewish NWO plan has been in the making for millenia so it stands to reason why it's so contrived and complex. What an interesting time to be alive.
Satan (Sanskrit) = Eternal Truth and Lucifer (Greek) = Light. He is the eternal truth that shines light on our path.

Funny enough before the fall of Babylon languages of all types were known. In other words well before the alien threat came people spoke other languages.

I believe the Babylon thing is more in terms of psychic communication i.e. one language, spiritually not physically. The halting of our psychic properties.

Why are we memetically assaulted into a lump labelled Fascism. Do you, pinko, know what Fascism really is

Christards contribute by being useless an letting
Their enemies trample over them,Islam just about took Europe, an all christards did was (oh mes needs to turn cheeks an let's them take over jew in sky fix everything)I know a few idiot christards who really don't care what happens to their country cause. their jew messiah will come an everything will be cupcakes and rainbows. while the jews inch forward on trying to fulfill the jewish self fulfilled prophecy of every jew will have 2800 slaves,shame these useful idiot christards can't see they are working towards their enslavement
Top

The One world religion they plan probably is New Ageism your right. More like that is the next step. Far more efficient for the enemy to have people now directly working for them from the astral and feeding them energy and doing kabbalah stuff messing up their soul even more thinking they are doing good.

Anyways the Jews knew a long time ago how it would turn out. They planned this whole thing from the beginning. 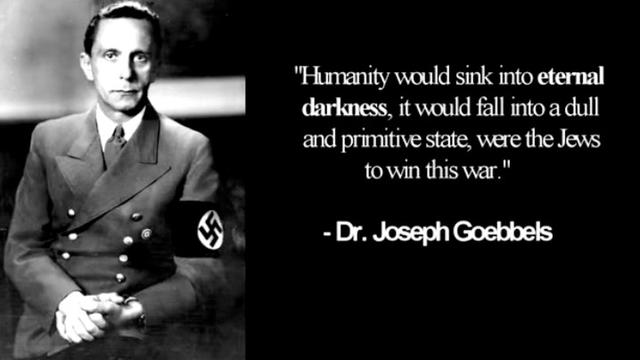 Some people do this one sometimes or each day as well.

To continue which I should have. The Jews were talking about the end State humanity would be in. Also the Bible writes some of that. In the Bible is a blueprint for the NWO and plan the enemy also knows what following it will lead to eventually as humanity goes downhill evidenced here. They know their own Jews will become corrupted by the gentiles as well as Jews tend to take on the culture around them. The last state is a microchip and running it from Jerusalem the third temple having a one world leader.

This is their new world order. They didn't plan on losing the spiritual influence and curses though. That part is us.

Some people do this one sometimes or each day as well.

sublimestatanist wrote: ↑
Fri May 13, 2022 1:27 am
Zephaniah 3:9: “For then I will restore to the peoples a pure language, that they all may call on the name of the LORD, to serve Him with one accord.”

Bear in mind the jew is trying to turn everyone into greys/Borg. This "one language" would be a programming language, 1s and 0s, machine code...


The Georgia Guidestones also speak of 'uniting humanity under one living language.'

The jew - "god" - came down and confused the language from Sanskrit, the Spiritual Language, and replaced it with meaningless languages. Maybe Sanskrit was the language reserved for Spiritual practices, and each area had their own non-Spiritual languages already, but then the enemy came and disrupted everything. This replacing of language with hebrew and Latin, etc., divided Humans. Now instead of speaking Spiritual Language Sanskrit/vibrating Words of Power, we're all babbling (Babel) and sPeAkInG iN tOnGuEs. Now the jew wants to do its own version of "unity". Break things apart, wait, then put it together how you want it. One language, one government, jew world order.


Another 'so-called' prophecy (from Revelations) claims there will an emergence of one world religion. I don't know what this is or will be, however I think New Age seems likely.

It has been said that the jew needs christianity to die, for people to be atheist, so as to further its plan against Humans. According to christians, any non-christian is an atheist, so along that line it could be jew age nonsense. As Science advances more, and as Spiritual Works by JoSM improve things more, the jew could be bolstered with jew age things for a while, with a fishing net catching as many as possible away from Satan.
Current JoSM Sites & Selected Important Links
https://ancient-forums.com/viewtopic.php?f=3&t=51631

The Beast in the skies has risen; in time it would come, the lands have begun their schism - all bow to the Fallen One

Bible is a jewish book of witchcraft originally written in Hebrew.
Book of revelation the last book in the bible((which is the 66th book))

12 falls short of 13. 13 is the total number of the main chakras. There are also 13 steps in the magnum opus. Again, 12 falls short of this, therefore it represents man falling short of spiritual power and not reaching the magnum opus. Like how your average person is today, the soul is becoming atrophied due to the lack of spirituality and man is becoming a slave like animal from the jewish programs.

22 chapters in the book of revelation.
22 Hebrew letters.

All of the pagans are wiped out and the remaining gentiles are slaves for the jews in the new jewish world order.

This is how they set it up with their hebrew letters.

The whole plot of the book of revelation is nothing new or original though.

Theres several gentile legends that speak of a very similar thing but from our perspective. Such as a day where man is basically like how he is today. Basically an animal like being that doesnt practice true spirituality, doesn’t worship his original gods but false gods, wars and etc. and then a gentile messiah who’s ascended returns and restores order.