The advancing region of science within physic's that is pushing the mumbo jumbo of untested theories away is very simple...

Physical existence is based on geometry that forms into being as the function of energy. And from these manifests the different level of electro-magnetic energies that can be measured. Energy is forms that have functions.

If one studies the sound experiments where mantra's are vibrated on the sound pads within sand they form frequency patterns which relate to sacred geometry and show the form behind many yantras. That is the structure of existence.

Also the experiments were the behaviour of energy changes based on the observation of the individuals involved, show the medium of ether exists and that mind directs energy. The mind is part of the ether principal in Hermetic knowledge. Think of the reality of this when the collective energy of the minds of millions of people connect into one thought form of the Bible and that is the power of the enemy program. In the east the element of earth is also related to the mind because the materialization of thought energy. The Bible is the psychic software and the materialization of the world it generates is the hardware.
Top

Thank you for this knowledge
http://www.donblankenship.com
Top

By "sand pads" I think you mean Chladni figures, with vibration. I had a video clip of that, and also another shorter clip of one shape transforming into another, which transformed into a third, which transformed back into the first, to give an idea and understanding of these things. Of course, this was before the jew shoahed my jewtube account.
Current JoSM Sites & Selected Important Links
https://ancient-forums.com/viewtopic.php?f=3&t=51631 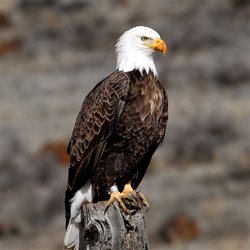 I wonder, how much of relativity is correct (but stolen by that jew einstein), and how much is just nonsense? For instance, we know that everything material is made of energy, and the equation E=mc^2 is correct. However. it was discovered by was Olinto De Pretto, then stolen by kikestein. But what about the more weird predictions, like time dilation and gravitational space-time distortion? These are difficult for individuals to test, and large group experiments can easily be falsified by the jews.
Joy of Satan Tor Website: http://jos666vxenlqp4xpnsxehovnaumi4c3q4bmvhpgdyz7bsk3ho3caokad.onion/
Paintable Final RTR + Tetragrammaton RTR
Paintable Final RTR
Top 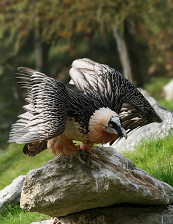 The science of making the sound waves visible is called cymatics. Ernst Florens Friedrich Chladni was an early reasercher of these geometric patterns. https://de.wikipedia.org/wiki/Chladnische_Klangfigur

Rose windows of Gothic cathedrals (converted Ezidi temples) express these same geometric forms. People say every church has a unique vibration and sound to it. Take this together with the free energy devices on top of these old buildings. You can modulate wavelengths upon other wavelengths. The enemy (((5G))) also works like this. modulate microwaves upon radio waves to give them more range. Sound can be used to harmonize electric fields and probably can even transmit electricity and other forces. https://www.youtube.com/watch?v=8RgaWEw4wNU This seems to be the royal palace in Cambodia. The sound you hear in the background is made by the monks with instruments and the light you see on the top of the roof is a corona discharge. Every "church" or "mosque" could do this back then when white people still followed the Vedic culture. These buildings were not made by modern fake religions.
Final RtR as fast and mobile as possible, always blot it out completely and just reload a website for a new round thanks to Soaring Eagle 666:
viewtopic.php?f=3&t=12626#
666
Top

Science has confirmed but dose not understand in any useful way save for a few exceptions the reality of every single principle of occult, proved it, time and time again. Documented in mind boggling numbers undeniable not hypothetical evidence its so. Primalist, sociologist. Psychiatrist. Doctors of all stripes. Even fiction writers have subconsciously seen and transcribed these things ad-infinitum.

Yet in no useful way to themselves whatsoever. The result is they no longer know what reality is anymore and any logical one is forced to work on as if, or maping views.

Proof without wisdom is essentially useless, so they have proved what was always know over the last 100 years. Useful to occultist to get the extra confirmation but so did ancients proved it, in ways modern minds would run screaming from to preserve there since of identity, purpose and world view.

They are flying blind because you cant extract it in any useful way long term or gain any real functional understanding and remain as you are, due to the very nature of the thing, results will be mixed and screwy in that way.

Also they don't really want to beyond a point, not of desire but out of instinctive fear. Big projects and they intention screw up on some level. Busy work, wasted money unless your a Demon or or being controlled by.

People probably get hurt but nothing comes of it from all intents and purposes. Also something wont let them. Believe it or not, I think this. Get 100 occultist pay them, it only helps the individual occultist or not.

No use Socially, beyond what modern technology even a decade ago, could do anyway and much easier without wasting energy and study for them. So much ''proof'' is just the effect without understanding why. Its documentation not useful. Yet nice to know. These thing happen, reality is not as it seems yes, yes. This was always known.

Most occult really don't want the magic to work even in a positive way, they are mystifying. One real experiences and intense result and many give it up or intently back off and do what wont work. ''They don't always know this'' They talk as experts forever and everything they say is not opinion but fact to them. I see why but its still mystifying on some level.
Top
Post Reply
6 posts • Page 1 of 1