Kabbalah in Hebrew relates to the term "confusion" and "binding" in the sense to tie a rope around something to bind it.[1]

"To communicate anything to a Goy about our religious relations would be equal to the killing of all Jews for if the Goyim knew what we teach about them they would kill us openly" Libbre Davie, 37 the Jewish Talmud.

What are the Jews hiding in their "religion" that is so criminal the justice they fear they would receive is that extreme?


The Jewish Torah, Rah in Hebrew means evil the word Torah means the "wheel of evil" that is the name of the Jews "holy book". The Kabbalah is the occult level of the Torah as the Zohar mentions. The Jews have the Oral Torah which is the Kabbalah and the written Torah which is the physical spell book they use in their racial rituals on the power dates to generate the energy field into the astral field of the earth of which Christianity and Islam are programs to empower and connect this astral field into the material realm further, each individual in these programs infuse this spell and connect with it on the soul level and allow it act thought them into the world. The Rabbi's the leadership are given the instructions from word of mouth only by adept Rabbi's on how to use the Kabbalah. The Kabbalah is the Oral Torah. The Kabbalah is encoded into the physical Torah. The Kabbalah is the operators manual on the Torah.

The major teachings of the Kabbalah all center on one simple thing the 22 Hebrew letters and how to create Hebrew formula's out of them. Kabbalah means "To bind" so its obvious what they are doing its occult warfare against Gentiles. Hence the Torah means The Wheel of Evil, destruction of the Gentiles.

In Hebrew the way to undo a spell is to reverse this. The Jewish Priests would write a contract in Hebrew in reverse on a parchment and erase it to undo the contract by agreement of their religious law. This is also in the Kabbalah as well.

Let us examine one of the letters that are in the Final Reverse Torah Ritual and we will find how serious this binding ie Kabbalah is to humanity.

The letter Niss, this letter is a title of Shiva in the east however it means serpent and in the west its a title of Dionysus and relates to the term Nysa which is the term for soul energy, this term in the east relates to name of the alchemical ritual that relates to activation of the life force and using this to transmute the chakra's and associated organs and aspects of the being to a higher level of light energy. The God Dionysus is called the Good Demon which was symbolized as the golden serpent with a crown of rays that represent the chakra's. The ancient Greeks called the human soul "The Demon" this is the actual soul the serpentine system which is formed by the three main nadis which generate the chakra's and elements and bodies that overlap into the full human being. Niss is a name of the human soul and the spiritual energies of such.

Niss is the name of the serpent energy directly this is a Sanskrit term and holds the vibrational quality of its meaning in the sound. So by binding Gentiles with this letter they are seeking to block the flow of the life force in the channels which results in sickness, mental, emotional issues and general disturbances in the etheric body which manifest all ways negative into the physical body and life of the individual. And also work to make it dangerous to awaken the kundalini energy.

The Judaistic program removed all true spiritual knowledge from humanity and what is the consequences:

The lie of the Jewish death program of Christianity and Islam is the human soul will live forever in a paradise realm. This is to distract the individual from the truth that was stolen from them. If a person dies the physical and pranic body end and the astral body which contains the soul the consciousness is ejected into the astral realm where they become fully conscious on this plane. From here the person continues on till the astral body becomes weak and fades away what the ancients referred to by different terms. Then the soul aspect is according to karmic patterns reborn into a new physical body that is formed with the astral body and pranic body interlocking into a total system. The pervious personality is walled away into the unconsciousness mind at birth and a new personality forms with the stages of life and society with the psychological, karmic factors of the previous life times acting to different degrees.

That is all, however the simple reality is if the soul is not empowered by the spiritual practices of Yoga it will become to weak to even be able to reincarnate and that is it. People also grow old and die because the physical and etheric body is under the influence of Saturn in the lower octave which causes a slowing down of flowing energy from the astral into the physical body and this relates to energy blocks in the etheric body and the weakening of the physical body this causes degeneration. The body is out of tune with the astral or spiritual sun. The binding spells of the enemy program of Judaism in all its forms is the reason for this.

The Kabbalah, the Binding of the Wheel of evil, has condemned all humans to extinction.

The Torah is The Most Evil Book and it and all texts of Judaism and its programs of Christianity and Islam should be banned by international law. The ancient Roman's and Greeks banned the Torah and had them destroyed righteously, because they understood what it was as they still had knowledge of astral physic's [spiritual knowledge]. The Torah also contains the instructions to the Jews on how to conqueror Gentile society from within and destroy it. Its a book of occult espionage on all levels. Its evil it should be totally banned by International law. 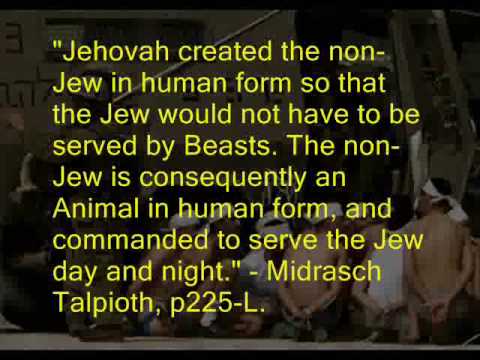 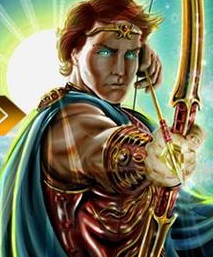 How does reincarnation work? Can a person die spiritually?
Top 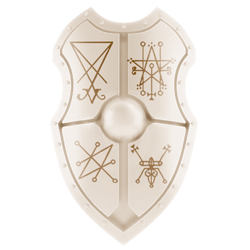 I think high preist has had some time thinking about this. i would like to add. but it's probably been said. they worship tetragrammaton which means the 4 letter word alive. shit like 666-JHVH-666 butWITHOUT the 6'S Because by itself it may have a binding effect idk
Top

I think the Tehkh Sehkh etc letter has to do with the sun and solar chakra what did they try to do bind the sun from reaching us gentiles. That is the letter I always feel the most energy wise when I do the rtr. 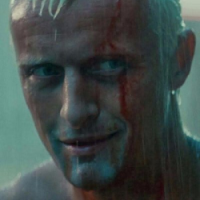 My understanding of it is that the soul can be stripped of power to the point that it's "muscled out" of inhabiting a human or even a living form - the modern Karmic philosophy is that human souls can wind up in the forms of animals or even much lower beings as the result of "bad deeds," but in a practical sense this just translates to, "if you let your soul become weak, a stronger soul will take the better 'real estate,' and you'll have to claw your way back up." The lowest possible state would have to look very similar to soul-death, and last for eons if not indefinitely.
Top 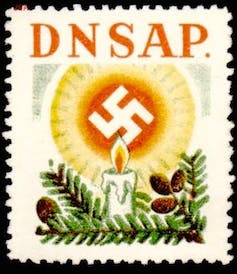 One can die spiritually, if one does not empower one's soul with meditation, in each reincarnation it weakens until the soul becomes too weak to be reincarnated again and ends up dissipating in the astral.
Hail Father Satan!
Heil Hitler!
Hail Astarté!
Hail Baalzebul!
Hail Gomory!
Hail Horus!
Hail all the gods of duat!

Name of the virus: Judaeorum Repugnants
The medicine that cures this disease: Final RTR https://evilgoy.com/
Top

You can read about this in various sermons & PDF:

Users browsing this forum: No registered users and 36 guests