The most important messages are selected and put into this forum with special attention.
Post Reply
2 posts • Page 1 of 1

George Schwartz who calls himself "Soros" to hide his Jewish identity in public because he admits he is doing what he does as part of the Jewish agenda for global Jewish government. This includes funding terrorist Marxist organizations such as "Blacks Lives Matter" and "Anti-FA" to destabilize America for marital law of the Jewish oligarchs. Soros is just a front Jew for the Rothschild's, Warburg's and other globalist Jewish oligarchs in building the Jewish world government nightmare of their Talmud. Soros has been the public instrument of enacting the Rothschild's and Warburg's EU, Kalergi plan these Jewish dynasties are the people the Hebrew speaking, B'nai Brith member Kalergi was the well known open agent of: We can witness the same Jewish plan march on today with the Jewess Merkel the known Rothschild's puppet Macron the list goes on and on. The Jewish racial religion orders the Jews to exterminate the White Race as the Children of Amelek. The title Amelek is the occult name of Satan in Judaism. 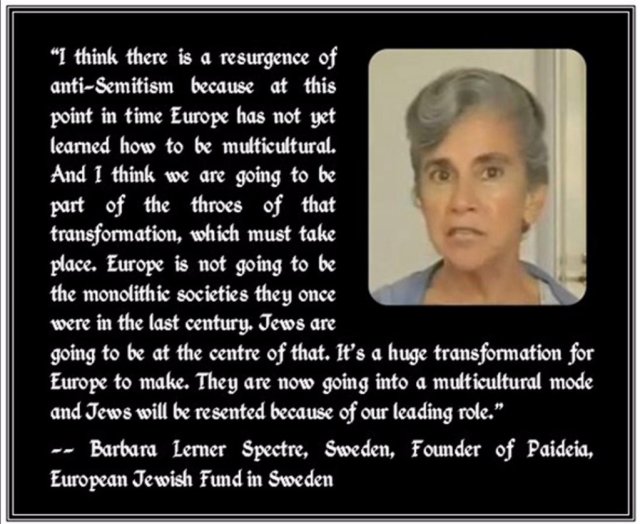 Note the below is covered in Jew talk but its still a confession from this criminal Jewish bastard. The Hungarians hated the Jews because Cohen and his fellow Jews had taken the nation over with Communism briefly and mass murdered and tortured tens of thousands of innocent human beings of their nation in a short time before being overthrown by the Hungarians themselves. The Jews always blame their victims. Soros hid out as the pretend Goy during the war and worked to get as many of his criminal brother Jews out the back door as possible. Can some one get this article to Alex Jones already maybe he can read it on air between surfing tranny porn, selling erection magic formula's and pretending Soros is a National Socialist for his Jewish bosses and sponsors to take the heat off the tribe.

One morning in Paris, I had coffee with Alex Soros, who is 32 and the second-youngest of George’s five children. Bespectacled, wiry and careful with his words, he had recently earned a doctorate in history from the University of California, Berkeley, and was now running his own philanthropy while also working with the O.S.F. He was a little groggy, having been up late the night before writing an op-ed for The Daily News rebutting Roseanne Barr’s Nazi tweet. (His father’s lawyers also filed a cease-and-desist order against Barr; she issued an apology two weeks later.) When the caffeine finally kicked in, Alex told me that for many years, his father had not been eager to advertise his Judaism because “this was something he was almost killed for.” But he had always “identified firstly as a Jew,” and his philanthropy was ultimately an expression of his Jewish identity, in that he felt a solidarity with other minority groups and also because he recognized that a Jew could only truly be safe in a world in which all minorities were protected . Explaining his father’s motives, he said, “The reason you fight for an open society is because that’s the only society that you can live in, as a Jew — unless you become a nationalist and only fight for your own rights in your own state.”

Re: George Soros Admits to Being Motivated By His Jewishness

The interesting thing with the Alex Jones types is the Jews are always out in public telling you what their doing and why. And you get the Alex's types who have to create these mental gymnastics to run wide around the Jew with the mega phone screaming in your face they are raping your world everyday. And even then they ended up naming the Jew behind the other many other fronts and names they hide behind all it takes is one guy to come along and go "Its the Jews" and everyone gets its the Jews.


I suspect Alex Jones had Duke of all people on for a few hours and handed him the ball by acting retarded because he was exhausted with the Jews for awhile and wanted to let something real out there for once.
Top
Post Reply
2 posts • Page 1 of 1