The Vedic Culture of China

The Oriental Satanic Alliance is a Forum Led by High Priest Lucius Oria, which includes Satanists who belong to the Asian Race.
Post Reply
5 posts • Page 1 of 1

The Vedic Culture of China

The original Satanic culture that had sustained China for thousands of years was a Vedic one. This is to say that the Sanatana Dharma was at the core of Chinese civilisation. This meant that the Vedic Gods such as; Brahma, Shiva and Vishnu, were worshipped both in their original Indian and sinicized forms. There were thousands of temples in China dedicated to the Vedic Gods however many were destroyed over the years with very few remaining in somewhat recognisable conditions. There was a Hindu temple in Southern China which was dedicated to Shiva/Vishnu with several carvings depicting Vishnu in his Narasimha form and it also contained a Shiva lingam. These artifacts are still intact to this day and can be viewed in the Quanzhou Museum located in province of Fujian. Brahma is more frequently worshiped in the areas of South East Asia such as Thailand however, there are deities such as the Yellow Emperor and Buddha who have both been described as having four faces. The Swastika was present within the original organic culture of the Chinese, and it had the meaning of eternity/immortality associated with it. The Three Pure Ones of Taoism are the Sinicised Vedic Trinity; Yuanshi Tianzun (Brahma), Lingbao Tianzun (Shiva) and Daode Tianzun (Vishnu). The story of Sun Wukong is an inspiration of Hanuman in the Ramayana. Hanuman is said to be an incarnation of Shiva and Sun Wukong eventually transcends into Buddhahood. Of the original Vedic Trinity, Indra is known as Shi Di Huan Yin or Shakra/Sakka, a guardian in Buddhism who like Brahma, is more visibly worshipped in South East Asia. The Rigvedic deity of death, Yamaraj, was worshipped as Yan Luo Wang, the lord of death in the Chinese underworld. Holy mountain men described in certain Taoists texts are that of enlightened beings who taught certain spiritual practices (Arya path) to initiates. The students would eventually become masters themselves and form their own spiritual lineages.

It was thought that the name for China was originally derived from the state of 'Ch'in' which was founded by Qin Shi Huang, the emperor of the Qin dynasty. However, it has been noted by some scholars that the name comes from ancient Sanskrit for the regions to the East. The Chinese word for lion, 'Shih', derived from the Sanskrit 'Simha', was used to describe the land long before the founding of the Ch'in state. This seems to imply a Sanskrit origin for the name. Another Sanskrit name for China, 'Cina', could have been derived from a small state in the north-west with the same name. Interestingly, the Greek word for China, 'Tzinista' is derived from the Sanskrit 'Chinasthana'. The importance of the Sanskrit sacred texts were acknowledged by the upper classes that they were freely translated into Chinese as Ming-Lun (Science of Knowledge) and Zhi-Lun (Science of Intelligence). The Vedic influence is again expressed through some of the royalty during the old times. The family of the Sui dynasty were followers of the Vedic religion while the following Tang dynasty (which was a blood continuation) saw the patronage of both Buddhism and Hinduism. The latter of which saw a golden age of Chinese civilisation. The Tang family also used the Vedic calender alongside the Chinese and ruled during a period where Tantric Buddhism was popular. Likewise, Vajrayana was deemed the official religion of China during the time of the Yuan dynasty.

To the Chinese and the Tibetans in Vajrayana/Tantric Buddhism, Shiva is known as Mahākāla. This form of Shaivism is popular with the people of Yunan through Mahākāla. With Mahā meaning great and kāla referring to time/death, Mahākāla/Shiva is master and both and beyond both. Mahākāla is known both the protector of dharma and the great destroyer. Mahākāla relates to Saturn as he is one of the keepers of time for the Asiatic peoples. He is described as a wrathful three-eyed deity that is adorned with bones and slithering snakes and wearing a garment of tiger skin. Mahākāla occasionally holds the trident of Shiva or a flaming sword in one hand, and a bowl of fruit/flowers in the other. He also holds a drum. The trident both relates to the three main nadis; ida, pingala, and sushumna and also the piercing aspect of the serpent which the flaming sword represents as well. The fruit represents the nectar/reward of spiritual advancement as one has accomplished the ascension above the gross state. The drums relate to the primordial sound of the universe, AUM, which is the source of all manifest reality. Mahākāla is always seen wearing a crown of five skulls, which represent the five poisons (elements) of the gross state that has been dissolved into the ether (ergo the skull motif). His aura is of the flaming fires of the serpent and he is shown to stand on a solar disk or lotus. The solar disk and lotus being a symbol of the higher realm/godhood. Sometimes he is shown to be standing on corpses which symbolise triumph over the lower realms which represent death and decay. Interestingly, the first emperor of the Yuan dynasty, Kublai Khan (grandson of Ghengis Khan), has Mahākāla as his personal deity. There remains a Shiva/Mahākāla temple in Quanzhou which was built to honour the well-being of the Khan.

Given that China was the cultural centre of the Asian world for thousands of years, this is a glimpse of the spiritual and sophisticated culture China once had before becoming the atheistic and materialistic society it is today.

This is a very informative sermon!

I have seen images of Mahākāla before but never knew the spiritual ties it had with asian satanic roots.
Awesome read.
Hail Satan!
create. preserve. destroy.
Top

Thank you so much for posting this! Was actually doing a search for Saivism/Shaivism and this was the only post that came up. Really awesome to have read this

This was all so interesting, mind opening, and thorough writings of the influence of Sanatana Dharma in the Orient. Thank you very much, HPLO.

I learned a lot.
Top 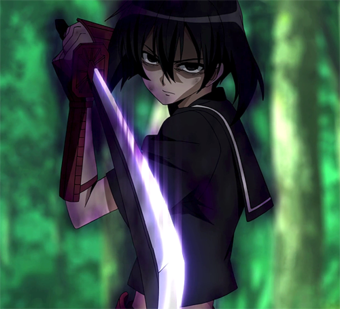 Please upload the pictures again, because I want to translate this and similar posts
Thuletide666
Top
Post Reply
5 posts • Page 1 of 1