National Socialism is not a "Whites Only" Ideology

Any posts promoting Christianity, Islam or New Age beliefs or slandering the Joy of Satan will not get approved. We are law abiding and do NOT promote the use of illegal substances or activity.

A people without the knowledge of their past history, origin and culture is like a tree without roots.

National Socialism is not a "Whites Only" Ideology

National Socialism is not a "whites only" ideology. National
Socialism is an international, multi-racial ideology, recognizing
the need for all races to protect the racial and cultural
integrity of their race.

National Socialism was the gift/brainchild of Adolf Hitler and
his associates as a way of life in accord with the fundamental
laws of nature. Yes, National Socialism was designed for the
Aryan peoples, but the concept is wholly universal doctrine which
holds the keys to a better way of life not just for the Aryan
races, but for all races of the world. Adolf Hitler stated that
he was never a racist, but as a true National Socialist he worked
solely for the betterment of his own folk. All races have the
right, indeed, the duty to work toward the improvement and
conservation of their race as their primary concern. "Pride in
ones own race does not imply contempt for others"

National Socialism has nothing to do with contempt of other
races. In fact, it encourages peaceful co-existence and co-
operation with other races but not to the extent of
Miscegenation or acts of that sort which serve only to weaken
racial and cultural diversity and in the end will spell the down
fall of all races.

National Socialism believes all races should have their own
living spaces, (as nature had originally intended and distributed
them), yet National Socialism is not an isolationist ideology.
National Socialism recognizes that all races need their own
separate boundaries for the growth and preservation of the
species. Yet this does not imply that the races can not work
together in mutually beneficial ways.

Proud to be a gentile!

Great post! Extremely informative for all you who think they are not a national socialist on the account of being black.
Storm Trooper #666
[email protected]
Top 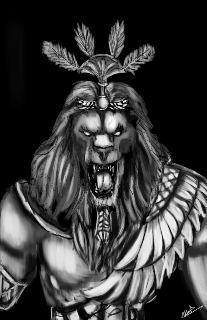 the jews say hitler believed that the aryan race was the most superior race and how they were going to rule the world,and guess who they put in last in there so called racial hieirachy-blacks,they want to always bring blacks down with their racial inferiority complex and they accuse hitler if this,the jews are fucking retards,they will invent something and then blame it on someone else like how they blame their white supremacy on hitler and they also said hitler hated blacks and mistreated blacks,when it is the jews own ideology,i have never taught hitler was a bad man even without hearing about him here i simply didnt pay attention to what they said about him as i never took the war stories serious but i onced watched a movie played by jews where they had nazi symbols and acted like gangs who dispised the black people,am just coming to know they are jews,indeed the whole history of mankind have been twisted,heros are seen as villians and villians are seen as heros thanks to the jews,now most people are accepting national socialism,i once saw a black man argue about it even when they tried to make him apologize he was furious because he knew the meaning.That means people are really looking into detales,people are longing for truth and the jews are loosing every day.each time i look at the internet one or two jewish lies are exposed.it is great emprovement.

guess what their time is counting,they better be prepared

i am certain that they dont have much time,it seems there magic is not even powerful enough as our RTRs are destroying everything they are doing.

Hail Satan.
Time will come where one day all peoples on this planet will be free.
Top 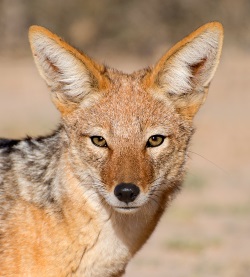 One time I was confused about the differences between National Socialism, Fascism, Integralism, and other such systems.
I came across this article on the groups which I found very informative as to what National Socialism is all about, how it differs from Fascism, and dispelling the jewish myths about it:

It's long but I highly recommend everyone read it and understand it.
Top
Post Reply
5 posts • Page 1 of 1